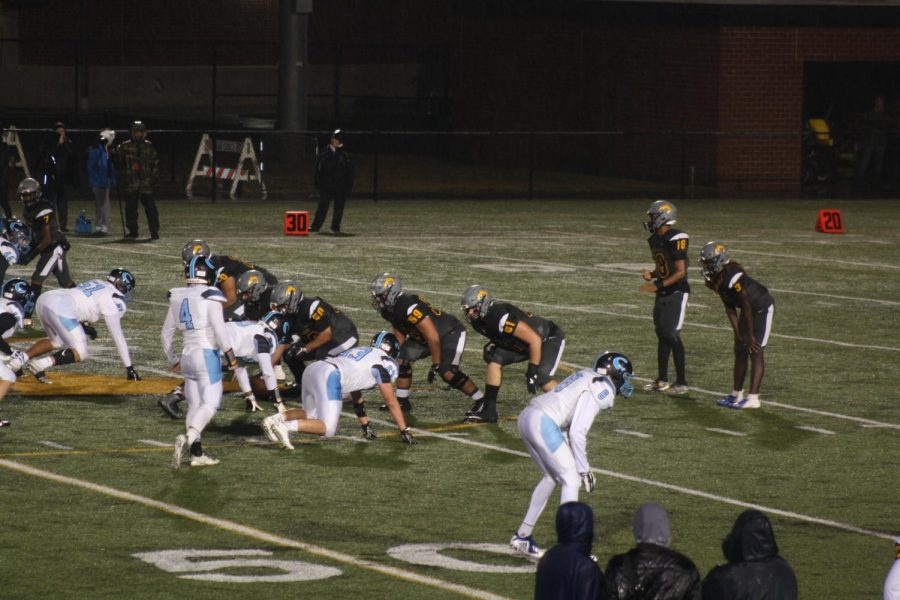 Dolphin offense sets up for a play against Cosby at Kellam on Nov. 16.

Poor weather conditions forced both offenses to focus on the run game rather than passing.

“We stood in the face of adversity and prevailed,” said junior Myles Alston.

Running back Kai Hodge scored on a 4-yard run to take a 7-3 lead with 12 seconds left in the first quarter. Quarterback Kobe James led a quick four-play drive at the end of the first half that resulted in a 14-yard touchdown run for Kai.

Cosby scored twice to start the second half to bring the game within two points. In the fourth quarter, receiver Devon Allen scored on a short run, then Kai sealed the win with his third touchdown of the game.

“We started off slow, then came together as a team and pulled it out,” said junior David Roulley.

Ocean Lakes will play Thomas Dale in the second round of the playoffs at home on Nov. 22.