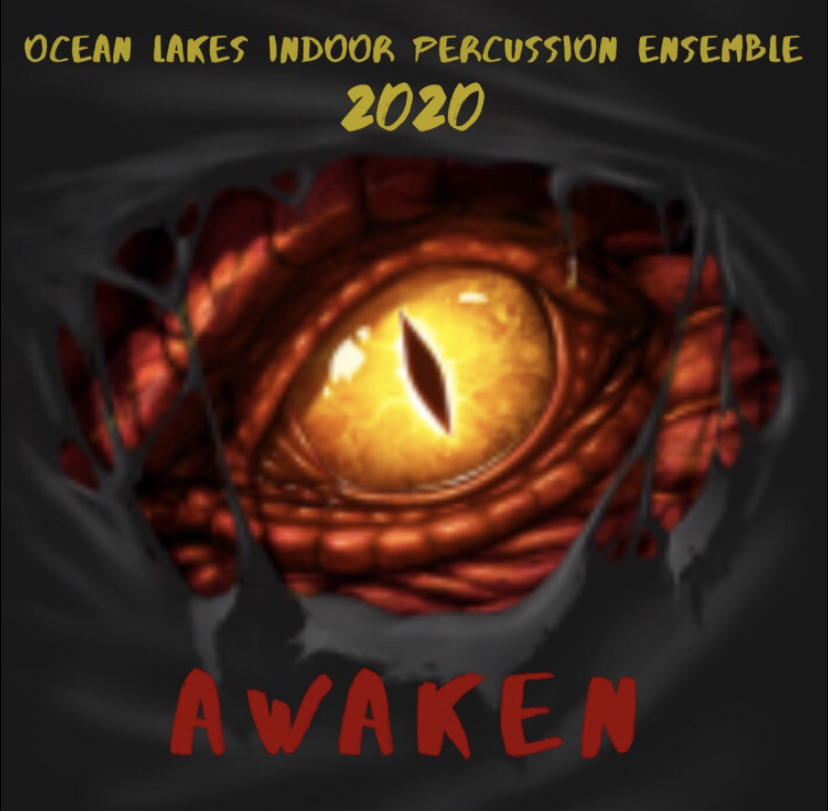 Digital cartoon representing the show that the Indoor Percussion Ensemble will perform.

Led by director Mike Jones, the Indoor Percussion Ensemble has begun rehearsing for their fourth season with a new show titled “Awaken.”

“I am excited about the adrenaline-inducing competitions and never-ending jokes. The ensemble consists of many talented individuals that put in tons of hard work,” said senior Sean Campbell.

The competitions run from Feb. to March, beginning on Feb. 15. The ensemble includes a front section with ten people and a section with percussion instruments known as a battery, which includes 13 people.

“I feel like this is going to be an extremely successful season. We have several good people in the ensemble and many more who are willing to step up to the task,” said junior Cadin Harn.

Indoor percussion is very similar to the marching band when it comes to instruments; however, the performance happens on a stage around rather than a football field.

“With fewer members than marching band, essentially every member has unique parts and is asked to play flashy solo styled performances throughout the entire show. The environment is so up close and personal that performers have to make their musical presence as theatrical as possible. All of the ensemble’s growth is a direct reflection of the commitment, dedication, and professionalism the student members put on display each season- they hold themselves accountable to a very high standard and follow through with whatever it takes to hit the mark,” said alumnus Jones.