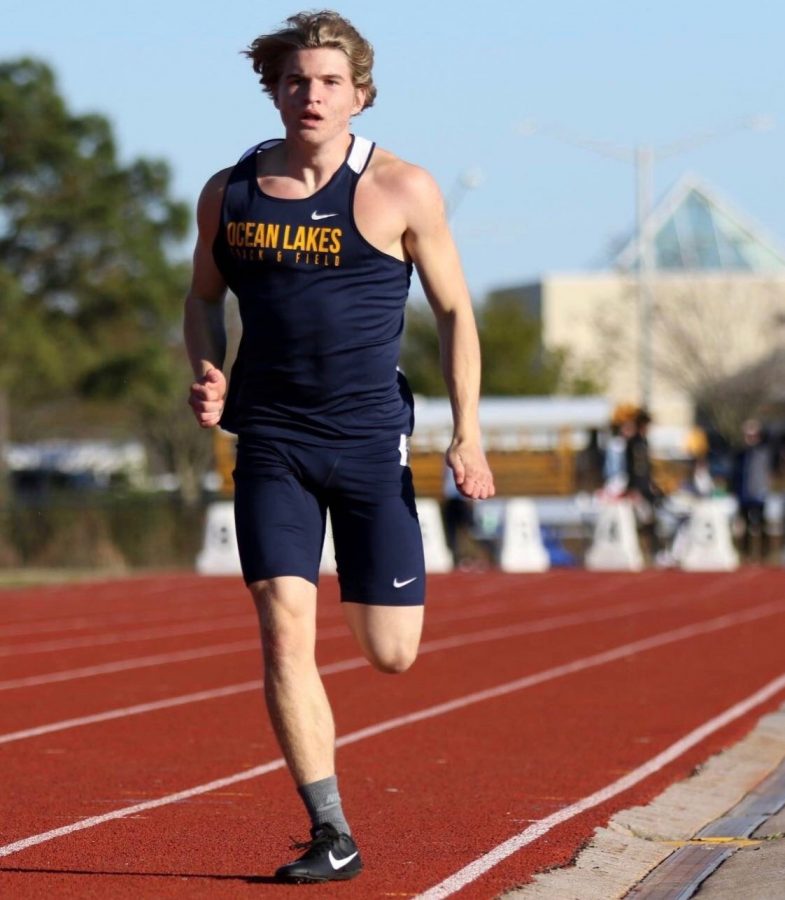 With zero senior boys on this year’s track team, six male sophomore runners produced results that have caught more than one eye.

At their last meet, the 4×4 relay team placed first at the Landstown seasonal track meet.

Fourth leg Nick Marks closed out the relay with a victory in his very first season.

“I have been fast my whole life, but I could never run track because it was always in the same season as baseball,” said Nick, who runs a 23.24 200-meter dash.

Nick is not the only one pushing numbers. Other sophomores like Myles Alston, Glenn Skinner, Robbie Scornavacchi, and Anderson Burns, show promise.

“I was also on the baseball team but wanted a different challenge. I focused on my speed, strength, and agility. I run a 11.57 in the 100-meter dash,” said Anderson Burns.

Anderson attributes much of his success to the coach.

“The main qualities I look for in a runner is competitiveness because I love an athlete that wants to be better and compete against the best, and heart, because some of the workouts are enough to make the average person quit. If you’re willing to be strong and push through, then that tells me you’re an athlete that I want on my team,” said Coach Ashton Thoroughgood.