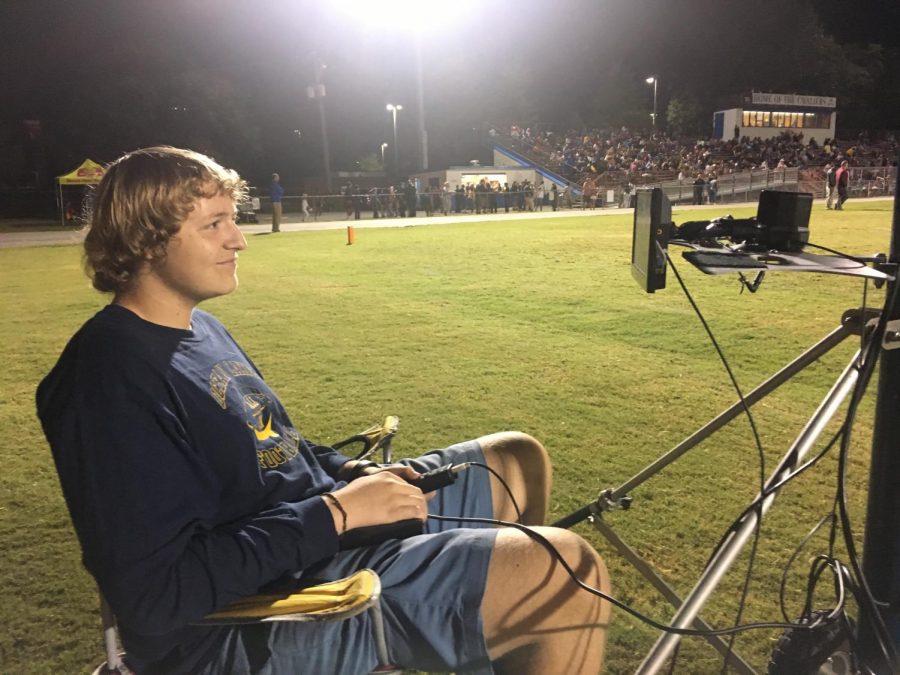 Jackson Ploeger takes pictures in the end zone at the Princess Anne game on Sept. 20, 2019.

Matt, as well as other teammates, continue to praise Jackson for the efforts he makes taking videos several times a week, producing approximately 800 photos per game.

Freshman year, Jackson sustained a back injury but still wanted to be a part of the team. He offered to film games and began taking pictures last season. His commitment to photography and videography for the team has made him a big part of what makes the team successful.

The previous season, in a span of three months, Jackson spent over 260 hours filming each week. The players often use the film to review plays, and most of them admit to watching it for 30 minutes a day.

Jackson shoots photos with his Canon 60D camera and videos with the DJI Maverick Air drone, both considered to be the best technology on the market.

“My grandfather had cameras, and I always see people with these big cameras, so I started and just kept taking pictures and getting better,” said Jackson.

His love for photography began in seventh grade, following in his grandfather’s footsteps.

When Friday night rolls around, Jackson steps onto the field and captures the football teams’ greatest moments.

“I really like doing it, the whole team is like my family now, I like being able to talk to them and have their back, and they have mine,” said Jackson.