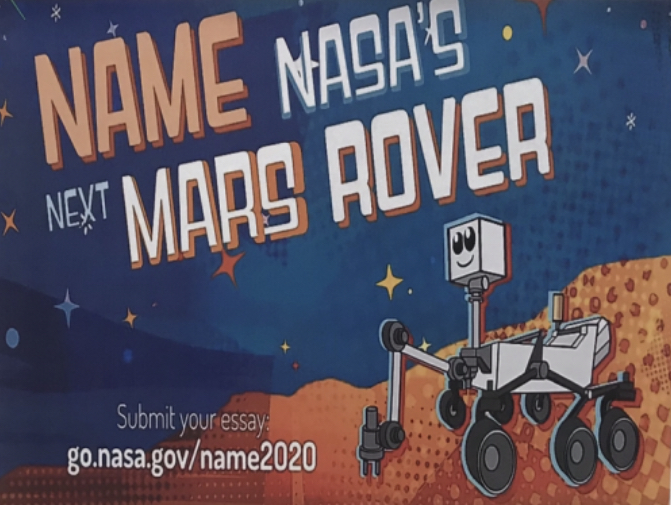 A picture of the Mars Rover contest held by NASA taken in the new wing.

NASA launched a “Name the Rover” contest which concluded Nov. 1.

This contest allowed students from first through twelfth grade to submit a potential name for the next Mars Rover, which is set to launch in July of 2020.

“(Students) get an all-expenses paid trip to go to Florida to watch a rocket launch,” said astronomy teacher Michelle Bailey-Hennessey.

The contest requires students to submit a name along with a 150-word essay on why they believe the rover should be named that.

“I found out about (the contest) when school started, and I knew I wanted the kids to enter this contest,” said Bailey-Hennessey, who said how special it would be to be remembered as the person responsible for naming the Mars Rover.

The contest will announce the finalists on Jan. 20 and the winner on Feb. 18.