Alumna works to rise above one in 5,000 disorder 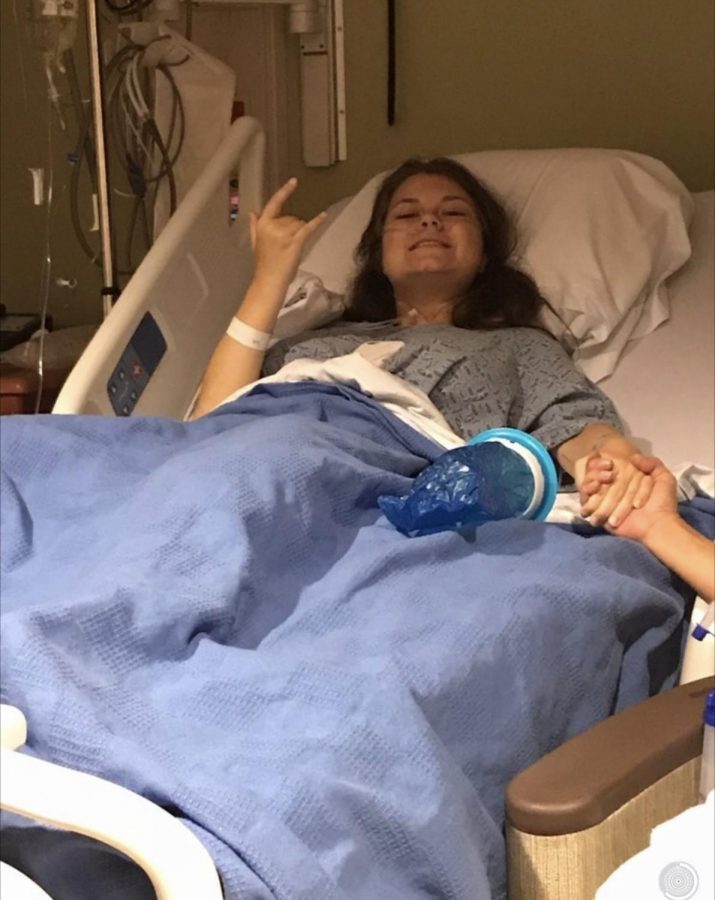 Sarah Bell gives the "rock on" hand gesture in July 2017 after surgery.

Ocean Lakes alumni Sarah Bell has dealt with Mayer-Rokitansky-Küster-Hauser since she was diagnosed at the age of 15, when she was just a freshman in high school.  MRKH affects the reproductive system of one in 5,000 women, causing it to be severely underdeveloped.

“MRKH is a rare syndrome that affects one in 5,000 women. It happens while the fetus is growing, and so far there is nothing that can prevent this medical condition,” said Sarah.

Recently, Sarah has begun to raise awareness for MRKH, and she is in the process of helping other young women in her situation. She created a blog at sarahs.mrkh.journey for those interested in knowing more about the disorder.

“I have just started an Instagram page bringing awareness, and I’m constantly getting girls from all over the world messaging me for help because they have the same condition. I’m glad that they can come to me, and I can share the information I wish I had when I was first diagnosed,” said Sarah.

MRKH greatly affects the ability for women to have children, and for many, MRKH can bring on major depression, especially within the first weeks or months of being diagnosed.

“Well I can’t carry my own children, so I developed major depression. I really used to become mad when I saw pregnant ladies. Now though, it’s not as new to me anymore, so it’s easier to deal with and plan my future around,” said Sarah.

Sarah plans to educate more people about MRKH, and let other young women know they are not alone.

“Adoption and surrogacy have made me realize that MRKH doesn’t have to put a dark cloud over a bright future,” said Sarah.