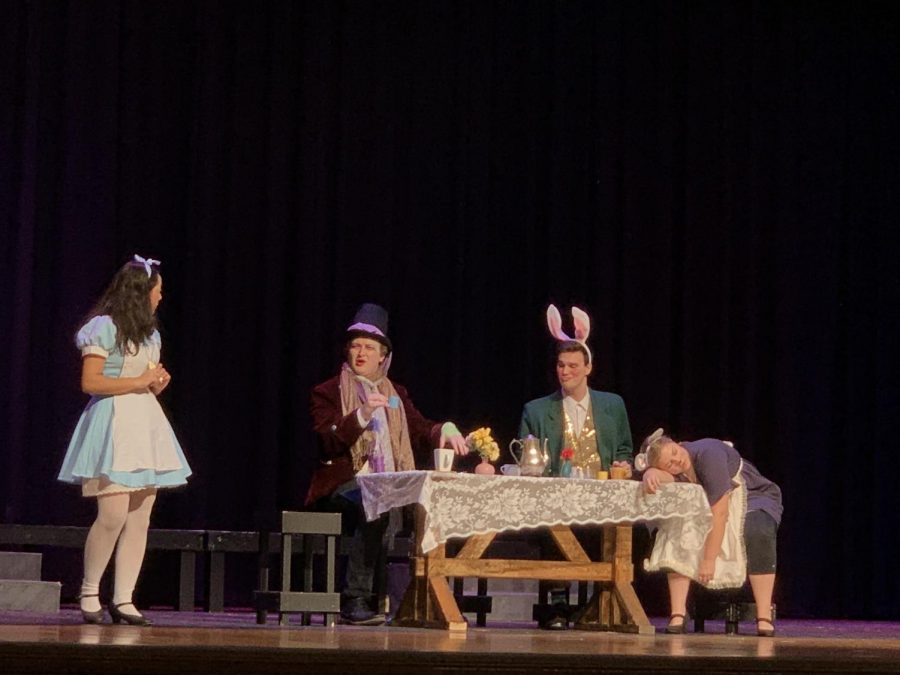 4B Theatre performed the play, Alice in Wonderland, at 7 p.m. in the auditorium, and junior Britanie Rivera took on the lead role as Alice.

“It was one of the more stressful productions I’ve done, but it was incredibly fun,” said Britanie.

Britanie began to practice and memorize her lines at the beginning of October to prepare for this performance.

“My favorite part was putting on our costumes for the first time,” said Britanie.

The next big show, The Pirates of Penzance, will premiere this coming April.