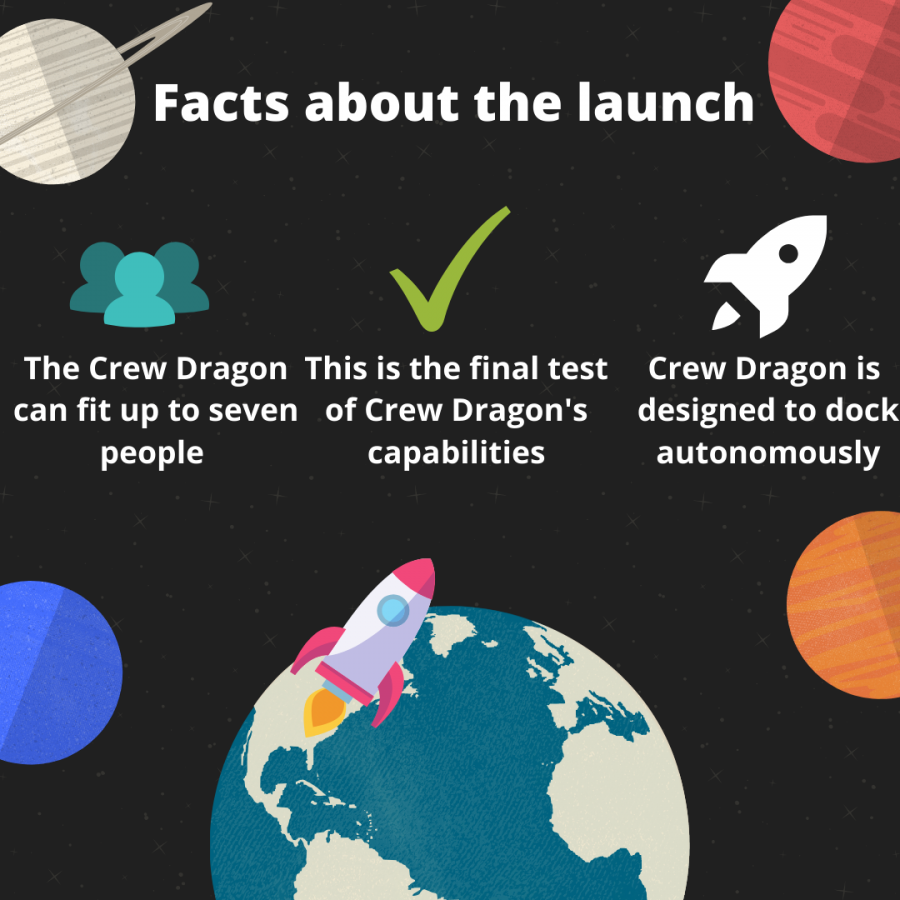 Above displays an infographic that contains facts and information about SpaceX's Crew Dragon and the launch on May 30.

As national unemployment rockets from 14 percent towards 20-25 percent, and COVID-19 cases in the US reach into the millions, NASA’s upcoming launch in late May, despite unfair criticism, will deliver some much-needed hope, as it is a reminder of mankind’s ingenuity and strength.
For the first time in nine years, NASA, partnered with SpaceX, will send two American astronauts to the International Space Station from American soil. The last in-state launch using American rockets took place in 2011 with the final space shuttle mission. In order to get to the ISS, NASA has relied on the use of resources from Russian partners since 2011.
Even the purpose of the mission provides a glimmer of hope for the future of humanity. According to NASA, this mission, dubbed Demo-2, will be the final test to certify the readiness of SpaceX’s Crew Dragon. The Crew Dragon, made to host astronauts, will hopefully help bring astronauts to the moon and Mars should its flights be successful. During the Demo-2 missions, astronauts Robert Behnken, and Douglas Hurley will work with current ISS astronauts to perform vital tests on the Crew Dragon’s capabilities.
Such exciting science geared toward the expansion of mankind’s reach into the solar system inspires hope, not just for the future of science, but for the strength of humanity.
Such an accomplishment would typically get more publicity; however, in light of the global pandemic, this launch has taken a backseat. NASA has even received serious criticism for the continuance of flights and missions.
Instead of criticizing the sacrifice put into the continuance of history-making science, NASA and SpaceX scientists should receive support for their work. Their perseverance in such chaotic times serves as a very appropriate reminder that the spirit of humanity is not so easily broken, especially the American. National focus has been greatly shifted towards the pandemic and its byproducts that the American people have lost sight of how truly capable they are.