Boys lacrosse begins with a goal 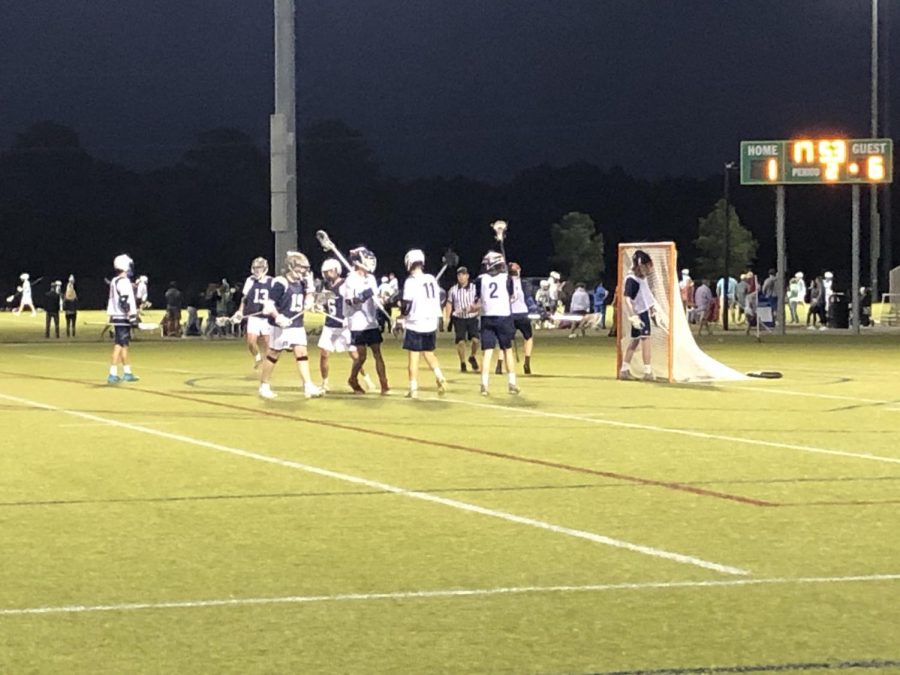 This year’s boys lacrosse kicked off their first few games this month and has shown impressive performances under the lights.

With their undefeated start, they look to improve to 5-0 this week against First Flight High School. By dominating the time of possession, control of the ball, and good communication, they show a capable offense. On the defensive end of the field, Ocean Lakes delivers promise of a solid, senior goalie, Max Keller.

“So far I have been blown away by how much better the younger players are doing. Despite being so young and undersized our team has confidently shut down every offense we have faced so far. The mentality at Ocean Lakes is that we are playing to finally earn respect in this league,” said Max.

The Dolphins have dominated in all four of their victories, but the schedule only gets tougher from here. One thing is certain, this team has grit; whether the game is close or they lead big, every player and coach shows determination. With the scoreboard heavily in the Dolphins’ favor, Coach Keller still yells to boost the team’s confidence. He made it very clear that the outcome of every game is up to the team, not him, and every player on offense and defense needs to play their role in order to succeed.

“I love the 4-0 start because the boys are building confidence. I think it will take some luck to go undefeated, but I also believe that if we play our best every week, we could actually get there. Because of our talent on offense, it makes things easier on our young defense,” said head coach Mark Keller.

Ocean Lakes lacrosse has not been a top-rated team in the 757, but with recent performances, they prove to be one of the teams to beat.

“Our chemistry is improving the most on and off the field. We’re starting to play as a team better than we ever have. Everyone is doing their part on the field, and the work we’ve put in is showing,” said senior Joshua Wells.