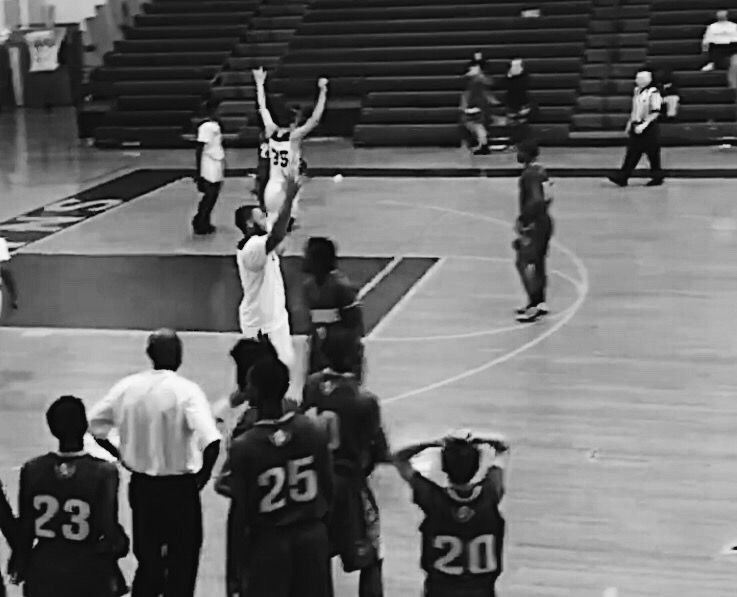 Seniors Andrew Meechen and Diego Tauti raise their arms in excitement after their win against Bayside Tues Feb. 6.

After a rough season, varsity boys basketball won their first game of the season against the Bayside Marlins.

The boys came out hard and drove the score up early. The dolphins led by 15 points but, the Marlins began a comeback. The dolphins kept their lead, winning 47-45. When the game ended the students and players stormed the court cheering for their hard earned victory.