Spring musical said to be a “beast of a show” 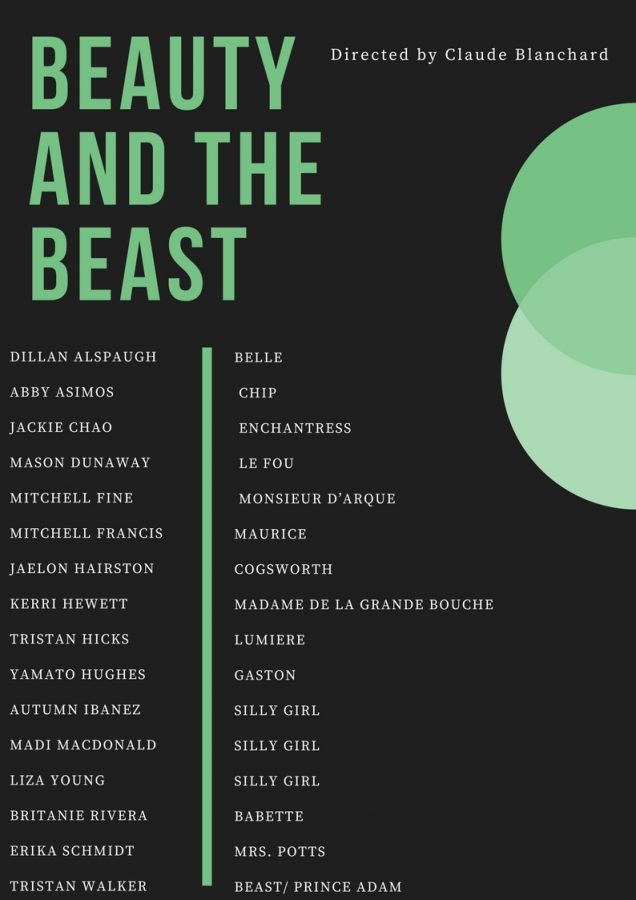 The Theatre Company will produce their first Disney production since High School Musical in 2010. Theater director Claude Blanchard refers to the musical as “a beast of a show.”

Blanchard’s coworkers assured him that they could do it. Junior Dillan Alspaugh will play Princess Belle, and senior Tristan Walker will play the Beast.

“Seventy students auditioned and the cast will be made up of roughly forty people,” said Blanchard.

He said what makes Beauty and the Beast different from other productions is its magnitude. Although Blanchard always enjoyed the movie, he avoided directing it in the past because the production would require more time, cast members, costumes, and resources than ever before.

“This show is actually one of the biggest ones we’ve done while I’ve been at Ocean Lakes and it requires an immense amount of preparation,” said Dillan.

According to Dillan, OLTC has already started getting costumes, working on music and choreography, and many other preparations.

“Everything is already starting to come together very nicely,” said Dillan. “A lot of our generation grew up watching Disney’s cartoon version of Beauty and the Beast, so we really want to be able to recreate that experience for them on stage.”

Everyone involved in the musical hopes to impress students who come to watch the performance in April.

“I’m really excited to do Beauty and the Beast. It’s going to be a magical experience, and the cast for this show is absolutely phenomenal. I would recommend it to anyone,” said junior Tristan Hicks, who will portray Lumiere.