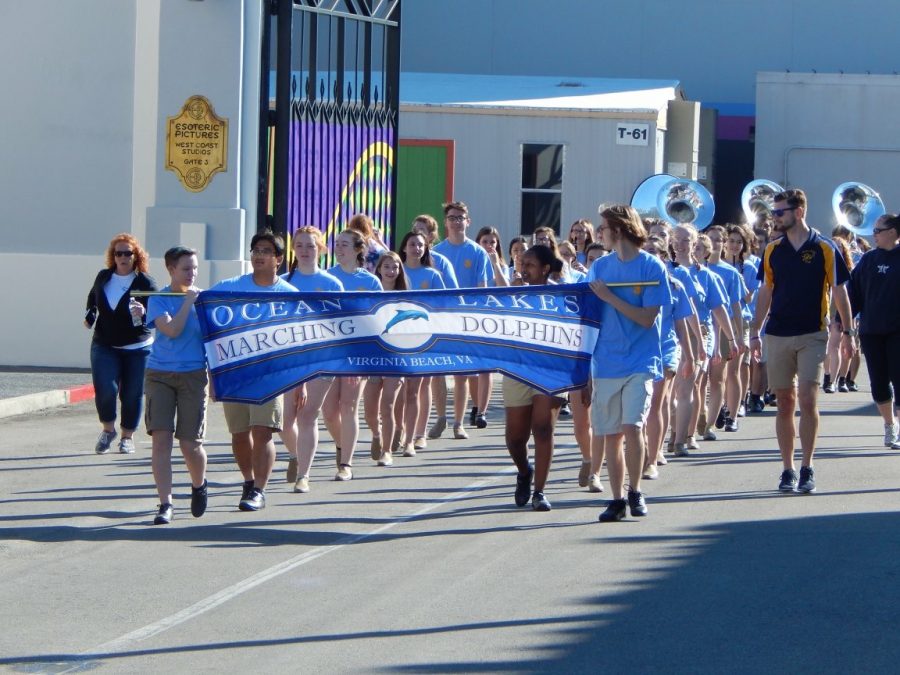 Band members march in the All Stars Parade at Universal Studios, Fla. on March 24. Photo taken by Cassandra Bauman.

This year’s Marching band had a chance to shine in the Stars Parade in Orlando, Fla.

Undeterred by snowy weather in late March, they climbed aboard a charter bus and headed to Universal for three days where they would perform and enjoy the theme park’s attractions. In their performance, the band performed the song, “All Star.”

Despite the intimidation of a large crowd, band members felt confident in the ability of the ensemble after weeks of practice and preparation.

“We are all really good at marching and memorization, so I felt very prepared for this,” said sophomore Gabbie Hickman.

Director John Parker agreed and boasted of their success.

“I think they did great!” said Parker. “The crowd seemed to really enjoy our rendition of ‘All Stars’ by Smash Mouth.”

The excursion to Universal Studios allowed attendees to experience what it was like to perform in front of thousands of spectators. In addition to more performance time, band members grew closer and built teamwork skills as a result.

“This performance offers the perfect opportunity for band members to forge stronger, closer bonds and grow as individual performers, friends, and as a unified ensemble,” said senior Kaley Cotner.

Before and after their performance, band members enjoyed time at the Universal Studios theme parks, Island Adventures, and Volcano Bay. Time spent at the parks allowed affiliates to decompress.

“With applying to colleges and having a lot of homework, it’s nice for everyone to have a chance to relax,” said senior Hunter Cigich,