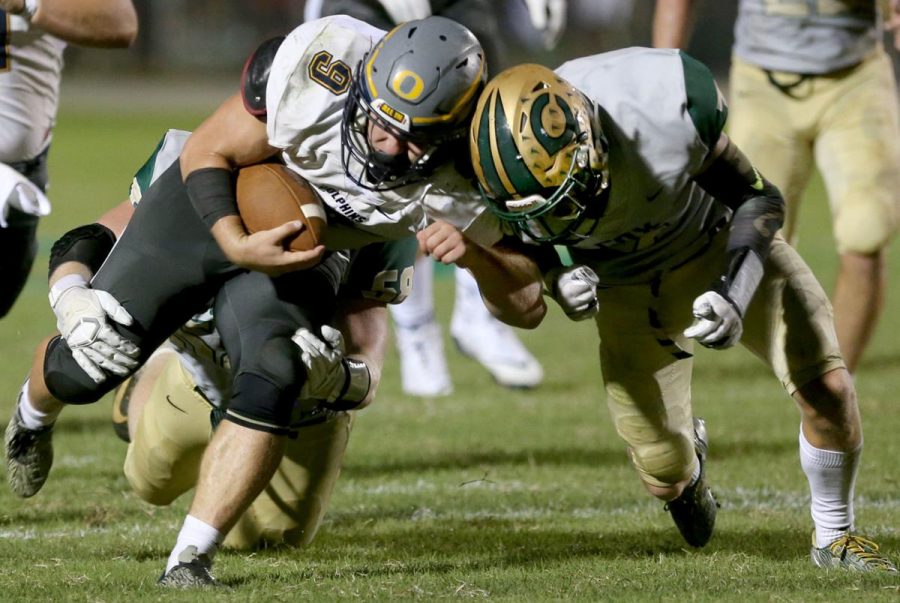 Running back Jake Low breaks a tackle to gain a first down at Cox High School on Sept. 24. Photo by Jason Hirschfield.

Ocean Lakes beat Cox in one of the closest games of the season on Monday, winning 31-14. This boosts their record to 5-0, tied with Landstown for first in the Beach.

The defense let up a touchdown on a punt return, but the Dolphins quickly tied the score with a touchdown from wide receiver Shawn Hamilton. Tavion Land also had three touchdowns, two of the receiving from quarterback Xander Jedlick.

The Dolphins’ next game is 2:00 against Landstown at home on Sept. 29.