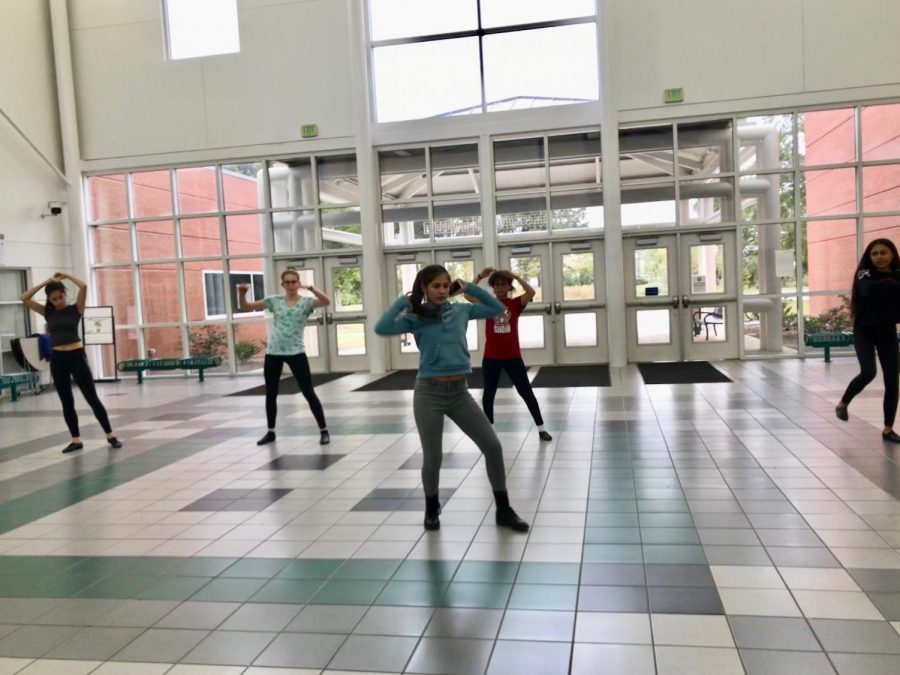 This year’s dance team consists of all underclass members, and most have little to no experience in dance.

“We started off the year with just me and Sarah because everybody else graduated,” said sophomore Savannah Sherer.

Captain Sarah Shreiber and co-captain Savannah were a part of last season’s dance team and will lead the team this year.

Apart from Savannah and Sarah’s experience, all other dancers are new to the team.

“Everybody else that is on the team now just auditioned in the past month,” said Savannah.

The choreography is created by guidance counselor Bryan Everett, Sarah, and Savannah.

“The next performance we’re doing is Dec. 14,” said coach Shirley Hall. “Our dances take us about a month to practice.”

Each year the team has a theme they follow in their dances and music choice.

“This year is going to be songs from 1994 because it’s the school’s twenty-fifth anniversary,” said Savannah.

The new members must practice and learn from their captains before their next performance.

“I think with all the new people, it’s going to be a little more difficult than it was in the past, but I’m excited to get to work with everybody,” said Savannah.