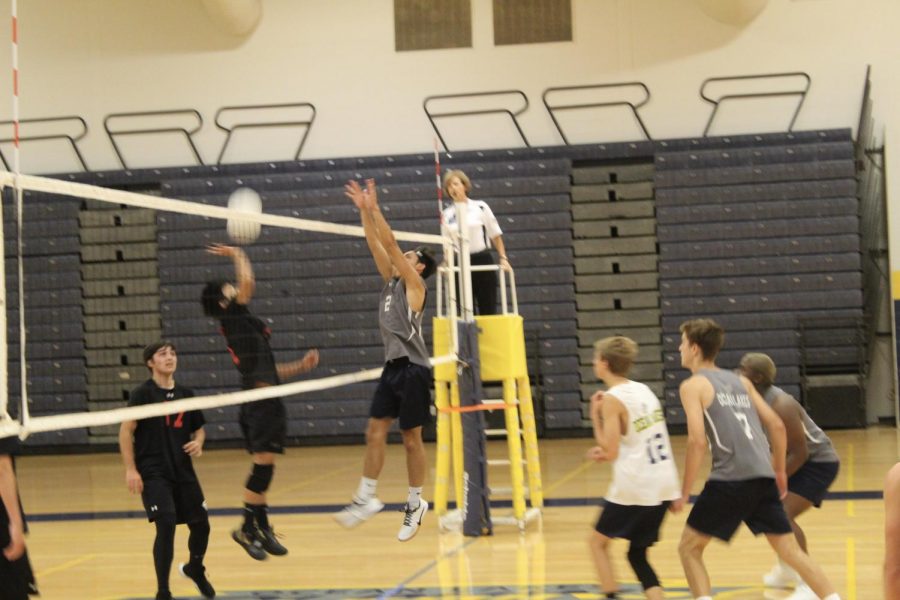 Senior Antonio Velazquez jumps to block a hit in a game against Salem on August 27.

The team showcased stellar hitting, passing, and serving technique as they quickly pulled away from Salem.

“We played well as a team, executed our game plan, and just had fun out on the court,” said senior Mekhi Moore.

The team ranked fourth in the preseason top 15 this season, coming off a run to the state semi-final tournament last year. The dominating win gave a large majority of the players the opportunity to get into the game.

“It was really great for the entire team to get a chance to play in a varsity game,” said Coach Heath Boomer. “We have a lot of guys working hard that deserve a chance to play.”