Varsity football kicks off season with a few thrillers 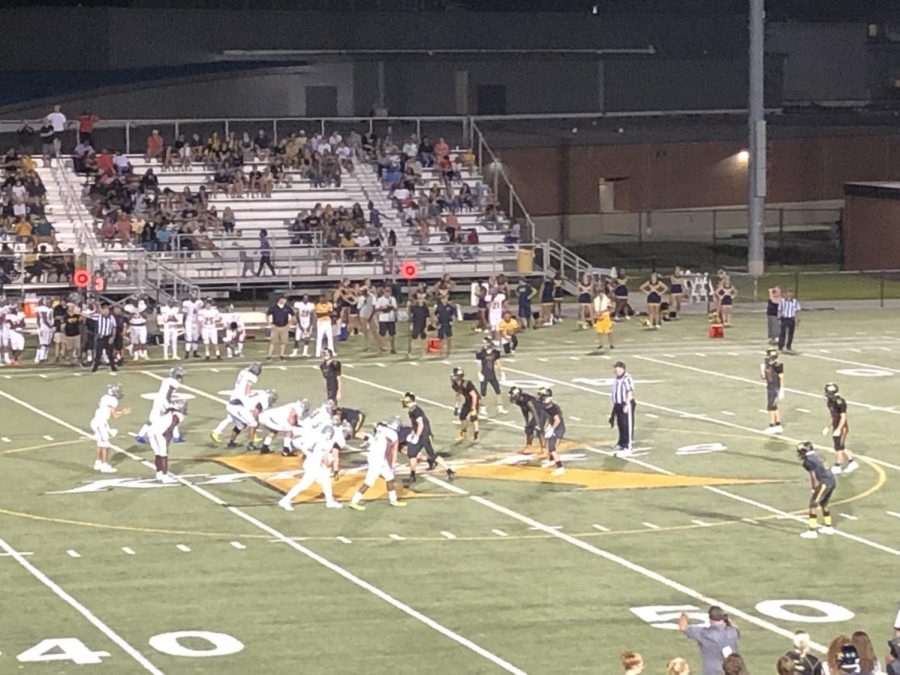 The varsity football team kicked off the season with an exciting game, beginning what could be another undefeated season.

Dolphins defeated the Cox Falcons on August 29 with a final score of 31-27.  After a slow start to the game for the offense, the opening score for Ocean Lakes came on a 24-yard field goal by Leo Low.

Following a quick score by Cox, receiver Devon Allen returned the kickoff for a touchdown to bring the Dolphins within three.  He scored again later in the first half, receiving a handoff from junior quarterback Josh Brown for a 10-yard touchdown.

Josh had a nice starting debut and ran the ball quite often, scoring on a fourth-down run.

Junior running back, Kai Hodge, played a large role in the victory over the Falcons.

“We pulled through at the end because we are trained for this and we have worked too hard to let it go,” said Kai, who rushed for 131 yards and picked up a touchdown for the team.

Although the Dolphins fell behind early, the defense stepped up late in the game. Midway through the fourth quarter, junior defensive back David Roulley intercepted the ball on the four-yard line. Shortly after, David intercepted another ball coming his way to seal the game.

“Our coaches put us in a good position to succeed, and we just made plays. We made a few mistakes, and we’ll work to fix them before Kellam next week,” said David.

Under the Thursday night lights, Devon Allen was a star, but he credits the team’s offensive line.

”First, I just want to thank my offensive line because they don’t get all the credit they should get because people think just because they’re not scoring, they’re not contributing to the team, or they are not a big factor, but without them and the receivers, I wouldn’t have been able to have had the good game that I had,” said Devon.