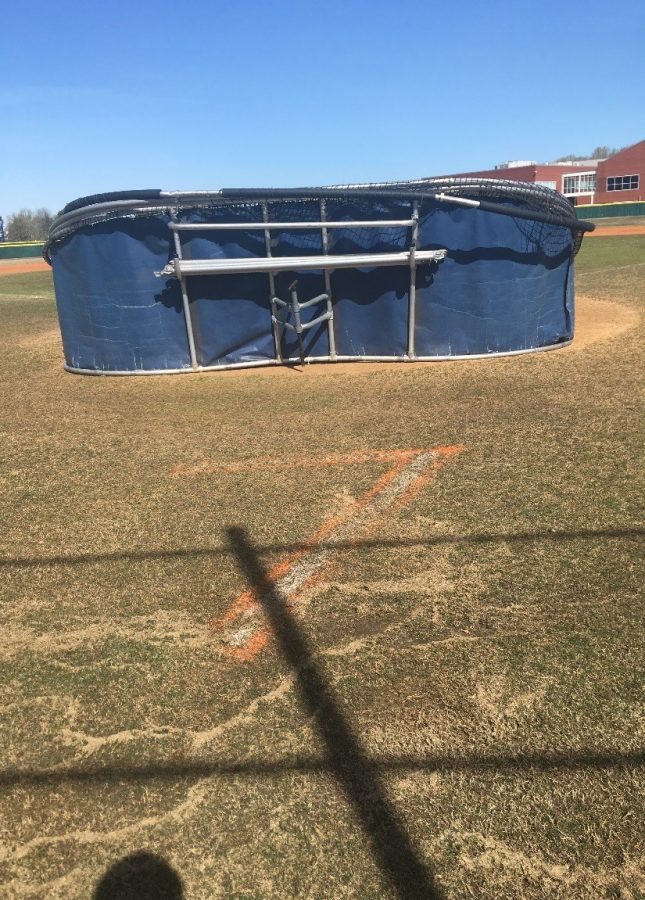 Dom’s number 7 painted on the baseball field on April 4, 2017 in memorial of him.

A memorial service was held on the baseball field for Ocean lakes alumni, Dominiq Castillo Porterfield, on Tuesday, March 21, before the first baseball home game, in memorial of his death.

Many people knew Dom as a baseball player, math and science academy student, all around good person, and full of dolphin spirit. He was known for his kindness and smile by many.

“Dom was like family to us. Thank you for sharing him with us,” said longtime family friend, Killian Stren, to Dom’s parents.

Dom was known on the baseball field as not being the flashiest player, but he always got the job done without arrogance.

“Here I have Dom’s hoodie”, said former baseball coach Garry Speddin, holding back tears. “It doesn’t have a swoosh or a protect this house, but it gets the job done and is always there when you need it to. This hoodie is just like Dom.”

Dom is remembered by his friends, family and loved ones. The baseball team remembers him with a sticker with his initials on the players’ helmets, a number 7 painted on the field, and a brick with his name on the new walkway by the field.

“Though he is gone he will always be part of the dolphin family,” said Dr. Leblanc.