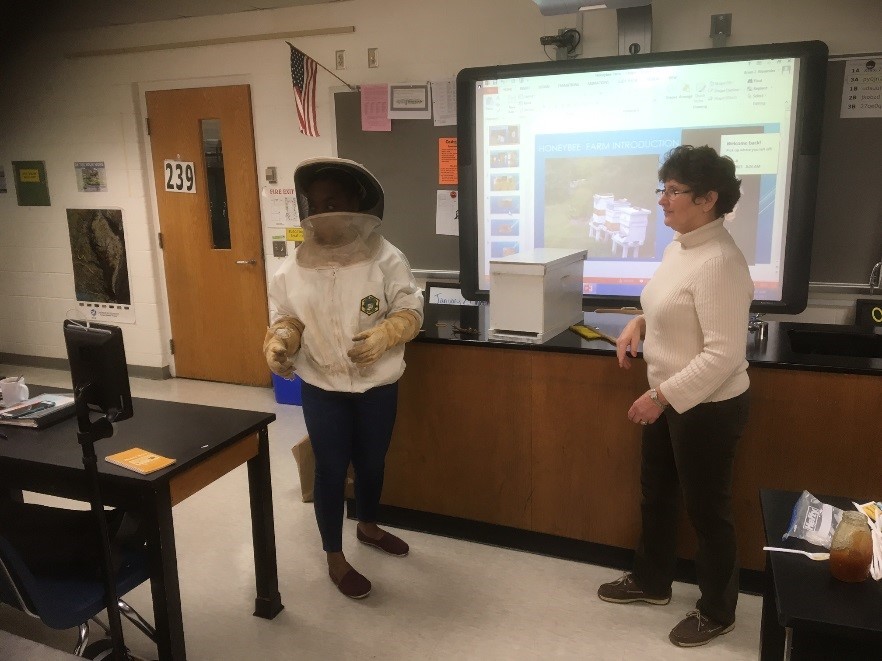 Some might see changes as they walk down the cereal aisle the next time they are in the grocery store.  General Mills removed mascot ‘Buzz the bee’ from the Honey Nut Cheerio cereal boxes to launch their Bring Back the Bees campaign.

bees,” according to the Cheerios website. “Bee populations everywhere have been declining at an alarming rate.”

For the first time, several different species of bees have been added to the endangered species list.  Although many factors contribute to their decline, climate change plays a major role.

According to the U.S Fish and Wildlife Service’s Rusty Patched Bumble Bee Fact Sheet, climate change can affect these bees in several different ways including increased temperature and precipitation extremes, increased drought, early snow melt and late frost events.  These changes alter environments and put much pressure on the bees.  Other factors that contribute to the decline are pesticide use, habitat loss, and parasites such as harmful mites

Some may think this will just lead to a honey shortage, but that is far from the consequences ahead.

“Two thirds of the crops used to feed people, accounting for 90% of the world’s nutrition, are pollinated by bees,” according to Greenpeace’s Save The Bees campaign.

This means one in three bites of food eaten are made possible by bees and other pollinators.

Current lifestyles and practices are responsible for contributing to this decline.  Although many perpetrators are doing this unknowingly, the whole world is in for a rude awakening.

“Humans have injected themselves as managers of nature, bees have become a commodity,” said AP environmental teacher Brian Alexander.  “Our large industrialized farms rely on pesticides that destroy our soil and waterways.  Bees are trucked from state to state.  This unhealthy dynamic is not the design of nature.”

Cheerios worked with Vessys Seeds to give away free wildflower seeds and encourage gardeners to plant them to attract bees, butterflies and wasps.  The original goal was to give away 100 million seeds; however, they exceeded that and distributed 1.5 billion seeds.

With increased habitat and nutrient availability, the bee population will be made stronger.

Supporting local and organic farms is another way to take action.

“New Earth Farms in Pungo is one of many organic farms that are using sustainable practices that support a healthy bee population,” said Alexander.  “Rotating crops, fertilizing with natural bio-char and local manure encourage a well-balanced natural ecosystem for bees and for people.”

The Current • Copyright 2023 • FLEX WordPress Theme by SNO • Log in