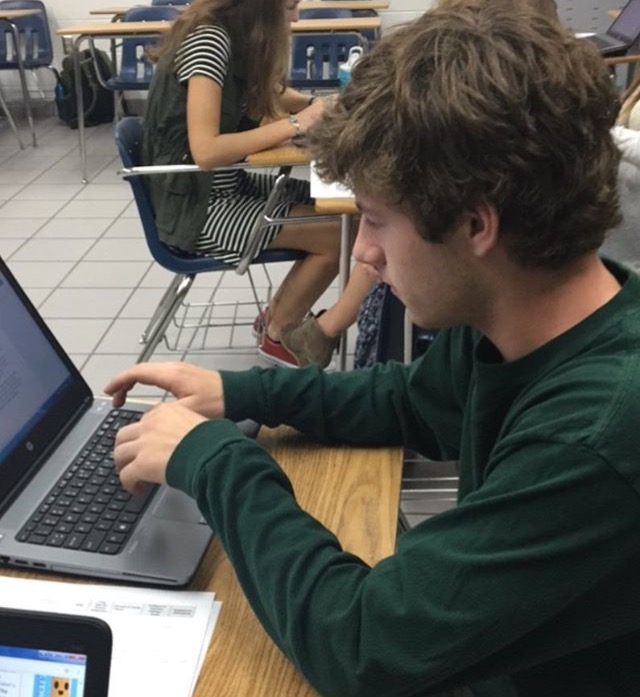 Luksik sits in his English 12 class after receiving a perfect score on his ACT.

“I was interested in making more money than a minimum wage job can offer,” said senior Nathan Luksik, who is a binary stock trader. “I look at a certain stock and pretty much guess as to whether or not it will be at a certain value at a certain time. I really just call or quit, and if it’s above where I say it will be, then I get the money back, and I get some money; however, if it’s below the value I think it’s going to be, then I lose money.”

Nathan has other hobbies as well.